Enter your City name or Pincode

Sangrur, a city of immense importance in the context of the glorious history and heritage is located in the south – east province of the Punjab State. Sitting Located at about 77km from the city of Ludhiana and 55km from Patiala, Sangrur is the Headquarters of the Sangrur District. An ancient settlement that finds its origins to the period dating back to more than 4000 years. Primarily a rural town, Sangrur now finds itself as a rapidly developing region. 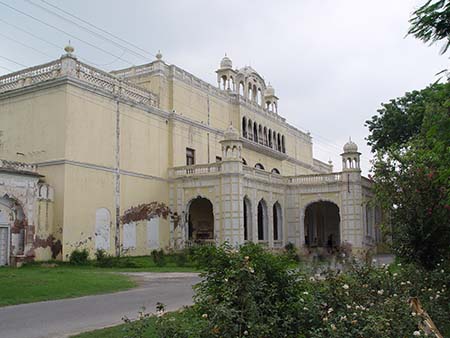 It is believed that a Jatt called Sanghu established the city of Sangrur which derives its name from his. Formally formed as a district in 1948 in the independent India, the district of Sangrur today comprises of former administrative units, the states of Jind, Nabha and Patiala, State of Malerkotta and some parts of the then district of Ludhiana. Before being formed a district, Sangrur was a part of the Nabha state. Recent excavations in Sangrur by the Department of Archelogy have brought to the fore the rich and diverse history of Sangrur, which predates the Indus Valley Civilisation, around 2500 BC. The land of Sangrur also finds its mention in the great epic of Mahabharata. It is believed that Yaudheyas, a martial tribe had inhabited the present area of Sangrur in the proximity of Kurukshetra. Several artefacts and objects of terracotta have been found at various sites in Sangrur, pointing to its origin in the Indus Valley Civilisation, when the art and science of brick kilns seemed to have flourished.

The district of Sangrur has been divided into six Tehsils which are, Sangrur, Sunam, Malerkotta, Lehra, Moonak and Dhuri. Sangrur is a Municipal Council and the district Headquarters of Sangrur. The Municipality is divided into 21 wards for which elections are held every 5 years. The Sangrur Municipality administers over 18,199 houses and it is authorised to build roads, maintain water supply to the residents and collect taxes.The Deputy Commissioner of the Sangrur district is the head of the District Administration and is a functionary of the State Government, under the administrative control of Divisional Commissioner, Patiala. The Deputy Commissioner also performs the roles of District Collector and the District Magistrate.

Known for fertile agricultural land Sangrur lies at about 77km from the city of Ludhiana and about 55km from Patiala. Geographically it coordinates at 30°14'44.2"N and 75°50'32.2"E at the elevation of 232 metres (761 feet). On its south is the Tehsil of Sunam and on the North, the Tehsil of Dhuri. The total area of the Sangrur Block is 348.57sqkm.

The climate of Sangrur can be very severe and harsh especially at the height of summer and winter seasons.The region becomes extremely hot in summer and in winter, the temperatures touch the freezing point. Sangrur has three seasons annually. The Summer sets in by the end of March and lasts until the end of June. July to October are the moths of the south – west Monsoon which is followed by the Winter, usually setting in in November and lasting until the end of March. During the summer, the heat builds up and quite often the mercury soars into the higher 40°C and regularly touches 48°C. This condition is exacerbated by the strong, dry winds that blow across the arid plains carrying with it dust. Just like the summer, the winter is also quite severe. Like its neighbouring towns and villages, Sangrur experiences cold waves in the winter. The minimum temperatures fall as low as 0°C, covering the land in frost. Cold winds from the North bring with them chill and the temperatures never go above 20°C. The average temperatures in winter remain around 7°C. The district of Sangrur receives pretty week rainfall as the Monsoon is sporadic and does not last long. On an average there are only about 27 rainy days a year. The average rainfall that the district receives is around 590mm a year, with July proving to be the wettest month. In the last month of summer, especially in the month of June, the build-up of heat makes conditions favorable for thunderstorms.

In the 2011 Population Census of India, the worker is defined as a person who is engaged with business, job, service, and labour activity. Around 35.34% of the total population under the Sangrur Municipal Council is employed in some kind of work. Out of the total population, 31,115 are engaged in work, of which 24,717 are males while 6,398 are females. Out of the total working population of 31,115 around 89.05% are engaged in the main work while  10.95 % of total workers are said to be employed in Marginal Work.

In Sangrur celebration and cultural jubilation form an important part of people's lives. Being a rural society, with a thriving agricultural base, this region sees a number festivals celebrated by the locals every year. The festival of Janam Ashtmi is celebrated with a special fervour, accompanied with the fair Guga Naumi held at various places. Among other festivals, Dussehra, Id-ul-Fitr and Id-ul-Zuha, Mahavir Jayanti are also celebrated by the people of various faiths. In the Sangrur Tehsil, as is the custom of other places in Punjab, the fair of Baisakhi is held at Nankiana Sahib Gurudwara. Every year, the Gugga Mari fair in Sangrur Tehsil attracts a large number of tourists and devotees every year.

Tourist attractions in Sangrur may not be as famous as those in the other cities in the state of Punjab, but historically and culturally, Sangrur still has a lot of attractive sites to offer to the tourists. From Gurudwaras to temples, Sangrur offers an interesting blend of faiths, religions and culture. Having been a centre of political power in the last few centuries, the town was designed beautifully by Raja Raghbir Singh who also constructed a Bazar based on the Jaipur town with gardens, water tanks, Gurudwaras and temples.

Like many other cities in India, this ancient town also boasts of four entry points, today, where four gates – Patiala, Sunami, Dhuri and Nabha stand. These gates are named after the neighbouring cities which they stand facing.

The most popular tourist and picnic destination of Sangrur town is the Banasar Garden, which has a diverse varieties plantation and flora. The garden is accompanied by a building that has 12 doors and a marble Baradari. This beautiful building is a sight to behold and the detailed work on the marble is just exquisite. The place is also famous for the old Diwan Khana, which now has been transformed into a museum and it is constructed in the middle of the pool. In the museum, old weapons and important articles and artefacts from the old times are on display. The visitors can take the beautifully built bridge to enter the Baradari and enjoy the stunning view it offers. The rulers of Jind State used to spend their summers here. On a clear night, the garden offers a brilliant view as the moonlight is reflected in the waters. In this place, the Raja of Jind used to hold his court. An ideal place for family picnics and children to play, this garden should be on the priority list of those visiting Sangrur.

No visit to any place in Punjab can be considered complete without a visit to the local Gurudwara. The visitors to Sangrur can visit the Gurudwara Nankiana Sahib that is at a distance of 5km from the Nabha Gate. It is said that the first Sikh Guru, Guru Nanak Dev had visited this place and later it was visited by the sixth Guru of the Sikhs, Guru Hargobind. It is also believed that it was here that Shri Guru Nanak Dev wrote Arti. The legend has it that Shri Guru Hargobind had tied his horse to the Karir tree there. The tree, now known as Karir Sahib still exists today and is visited by hundreds of visitors every year.

Since Sangrur is the district headquarters, many quality hotels can be found in the city. For a tourist on a visit to the historical places in Sangrur, walking takes a lot of toll. It is important to have a comfortable hotel where you could refill the energy and be ready for the next day. If you are planning a visit to Sangrur, it is a good idea to book the hotel in advance. No matter whether you are seeking a functional stay or a very comfortable one with room service and great food, there are several budget and luxury hotels in Sangrur, offering AC and Non-AC rooms. Here are some of the well known hotels in Sangrur.

Sanrur is a rural town in the rural district. However, it is surprising to note that the town offers a fairly good number of utility services. Whether you wish to find a hospital, or want to withdraw money from an ATM, the town of Sangrur does not disappoint you. One can also find presence of police station in Sangrur, where you can seek help if an unfortunate emergency occurs. The Sangrur police are well equipped with the ultra modern gadgets like EPABX, Voice Logger. Following are the details of the services you can avail in Sangrur.


Postal and Courier Services in Sangrur

The Indian Post has a strong presence in the urban, rural regions alike and has a vast network of post offices where you could avail facilities like Speed Post, parcel services, Registered Post and money order. Along with the Indian Post, many private companies also offer speedy deliveries of letters, documents and parcels. Following are some of the postal and courier services in Sangrur.

Contrary to the popular belief that the rural areas, and small towns lack in good healthcare service, the visitor to Sangrur can find many quality clinics and hospitals. Here are some of the well known hospitals in the town you can visit.

The Tehsil of Sangrur lies to about 77km from Ludhiana and about 55km from Patiala. Getting to Sangrur is fairly easy as the National Highways 71 and 66 intersect right in the town. Many buses ply daily between Sangrur and Ludhiana, Patiala as well other nearby cities, towns and villages. There are state transport and private bus services that the tourist can avail in reasonable rates.Sangrur Railway Station (SAG) is very close to the town at a very short distance of 1.5km and is connected by many major cities in Punjab as well as other important cities in the region. It is especially well connected with Ludhiana. Tourists can board many long distance trains such as Himsagar Express, Jammu Express, at this station. There are also trains to Delhi, the national capital which is reachable in just over 4 hours. More information can be found online on the website of the Indian Rail.By AirChandigarh Airport is the nearest Airport to Sangrur. The airport offers daily flight services to the major Indian cities such as Delhi, Mumbai, Bangalore and is only 117km from Sangrur. The tourists or visitors to Sangrur can choose to hail a taxi from the airport to Sangrur. Or they can take a bus from the Chandigarh Bus Stand to arrive in Sangrur.


Sangrur at a glance

Comments / Discussion Board - About Sangrur